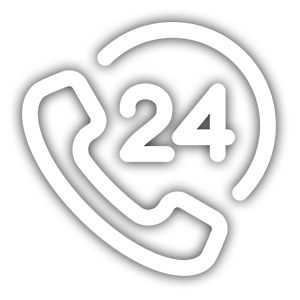 What You Need to Know About Frozen Pipes

It’s no secret that Michigan has some cold winters. Whether you’ve recently moved here or have lived in Michigan for years, it never hurts to brush up on cold weather safety. If you’ve never lived in a cold climate before, there are a few things you’ll want to know about frozen pipes. Otherwise, you could end up with a disaster on your hands.

When pipes aren’t running, water can stand still inside them. Standing water won’t cause any harm during warmer months, but when temperatures dip below freezing, that water can expand as it turns into ice. It can press against the sides of the pipe and depending on the amount of water, it can cause holes, cracks, and even burst pipes. Cracked pipes have flooded homes, destroyed basements, and brought mold and rot into formerly clean spaces. The good news, however, is that you can prevent pipes from freezing.

Start by realizing that some pipes carry more risk for freezing than other pipes. Pipes that run through your attic or basement, for example, have much more of a freezing risk than pipes that run through the heated parts of your house. You’ll want to take care of those pipes first. Insulation, like the kind you can buy at a local hardware store, will help prevent these pipes from freezing. For other pipes, it helps to give them access to heat. Open cabinet doors that conceal pipes, and make sure that you leave your heater on, even when you leave the house. An attempt to save money on your home’s heating cost may lead to an expensive pipe repair job in the long run. You can also leave your faucets dripping to prevent frozen pipes. A dripping or trickling faucet means that the water is moving, and if it’s moving, it’s not standing still long enough to freeze.

You Can Thaw Some Pipes

Prevention is always better than damage control, but what if some of your pipes are already frozen? If your water pressure has slowed down, you might have frozen pipes in your home. Thankfully, you can thaw some pipes before they crack or burst. The dripping pipe method will also work on pipes that have already frozen, so leave some water running. You can encourage your pipes to thaw by applying a safe amount of heat. Hairdryers are a great option. So are space heaters, but be mindful of fire safety. Never leave a space heater alone, and keep it away from anything that might catch fire.

If a Pipe Has Already Burst

If you have a leak in your home that you suspect was caused by a frozen pipe, or if you have flooding from a burst pipe, contact On-Site Restoration right away. We have years of experience in restoring the aftermath of burst pipes. Our licensed and well-trained experts are ready to help you get your life back to normal. If you need emergency assistance, contact us now at [phone_text_btn].

We have evolved our company for over a decade from a specialty cleaning of high-end upholstery and oriental rugs to a disaster and restoration service company.